A FAMILY DISTILLERY SINCE 1860 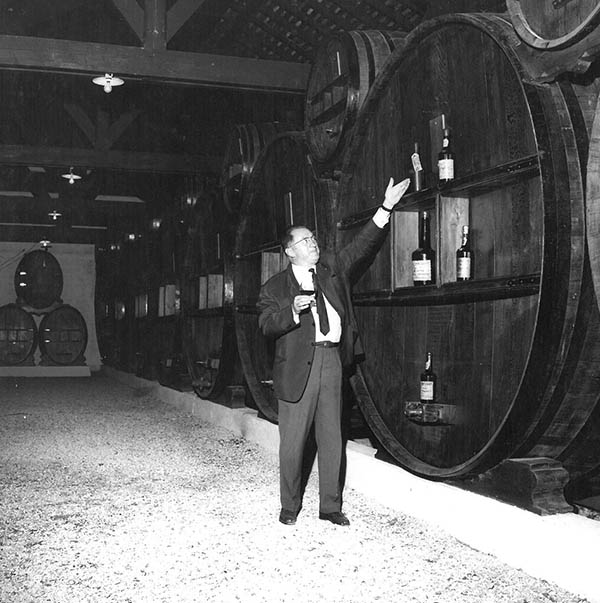 The history of our family distillery begins int he 19th century at “Clos de la Hurvanière”, a farm located in the heights of the Pays d'Auge, in St Cyr du Ronceray. The production of apples and cider were already traditional there, as on most Norman farms for several centuries.

In 1860, Pierre Groult (1830-1918) began to distill his cider in order to produce his own brandy : Calvados Groult was born. Thanks to his meticulous production methods as well as the magnificent terroir which was offered to him, his Calvados quickly obtained a good reputation. He won his first gold medal in 1893.

His son Leon (1874-1923) developed the production by planting orchards, building a second aging cellar, and setting up two of the three pot stills we still use today. He was unfortunately part of the generation sacrificed to the First World War, his serious injuries received at the end of the conflict did not allow him to develop the distribution of his Calvados.

Thanks to the work carried out and the stocks built up by his father and his grandfather, Roger Groult (1905-1988) was able to develop his sales of Calvados after the Second World War. In 1952, he enlarged the distillery and built a large aging cellar where oak barrels of over 12,000 liters are still housed. He gave his letters of nobility to his brandy, and made his name a brand.

His son Jean-Pierre (1946-2008) extended the distribution of his Calvados throughout France, and was a pioneer in exporting his spirits abroad. In order to meet this new international demand, he gradually increased the production of cider apples by planting new orchards, as well as the stock of Calvados by building the two largest cellars of the domain.